India 10 Most Dangerous Commando Forces, Different countries all over the world prepare commando forces for their security. With the deployment of some special commando force, all the search operations, secret missions and battles are won. Every country becomes strong and secure because of its special forces. Countries all over the world have their own commando forces, due to which they remain safe from terrorism and wars of other countries. Our country also has the most dangerous commando forces. These special forces give every terrorist to the country, India 10 Most Dangerous Commando Forces; General Knowledge GK & GS Question.

This force was formed in 1965 between Indian and Pakistani war. Its full name is Special Weapons and Tactics. Their training is like that of NSG commandos. All the personnel of this commando are below 28 years of age. They are given such type of training that, it can eliminate the enemy in every way. It can ambush day, night, in water and in the air. The main task of SWAT Commando is to avoid terrorist attack in Delhi and NCR.

Central Industrial Security Force. It was formed on 10 March 1969. CISF commandos are specially deployed at VIP airports and international areas. International airports like Delhi and Mumbai remain under the supervision of this force. The soldiers of this force are very intelligent and powerful. After the 26/11 Mumbai attack, they were also deployed in private sector security. They have their own special fire wing.

Force One commandos are very fast. Their young people are very smart. They were formed in 2010 by the Maharashtra government after the Mumbai terror attack. The main task of this force is to keep Mumbai safe. It is ready to face any disaster or attack. It eliminates the terrorist in just 15 minutes. Force One Commando is one of the fastest commando forces in the world.

From the name of the deadly force itself, it can be guessed that, it is the deadly force of the force. This force was formed in 1965 during the war between Pakistan and India. This force is a special platoon of the Indian Army. At the time of man to man assault, it moves ahead of the battalion. They are used when there is a face to face battle with the enemy. Their training is also done like para commandos. A jawan of Ghatak Commando Force can overpower 20 terrorists.

The full name of CoBRA Commando Force is Commando Battalion for Resolute Action. It was formed in 2008. This force is one of the best paramilitary forces in the world. The soldiers of this force are given gorilla training. Its soldiers are very expert in attacking by ambush. The work of this force is mostly secret. This force is responsible for nation building, President and Parliament House. It is adept at licking enemies well. The Cobra Commando is a special force of the Central and Reserve Police Force.

The full name of NSG commandos is National Security Guard. The name of the best commando NSG Commando Force of Indian commandos definitely comes. Their training is very difficult. They have to practice hard every day. NSG Commando is an important commando force of the country. It works under the Ministry of Home Affairs. The soldiers of NSG commandos are for police, paramilitary and all three services. This force is very capable of fighting terrorists. NSG Commando Bomb Disposal.

Elite Para Commandos were formed in 1965 during the war between India and Pakistan. This is India’s most educated and strong commando. During the Kaargil war, the Para Commando Force defeated Pakistan. They are trained for aerial combat. Their special thing is that they can jump from a height of 30 to 35 thousand. Special uniforms are given to the trained commandos of Para Commando. The light color of this uniform helps them to hide in the desert and the dark color to hide in the greenery. 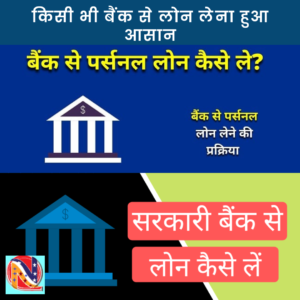 Recant Blog By Bipin · March 22, 2022 · 0 Comment
Bihar Day is much more than Bihar Day. It is more than another public holiday. Celebrated on 22 March to commemorate the state’s separation from Bengal in 1912, Bihar Day is the one day of the year when over 103... Read more